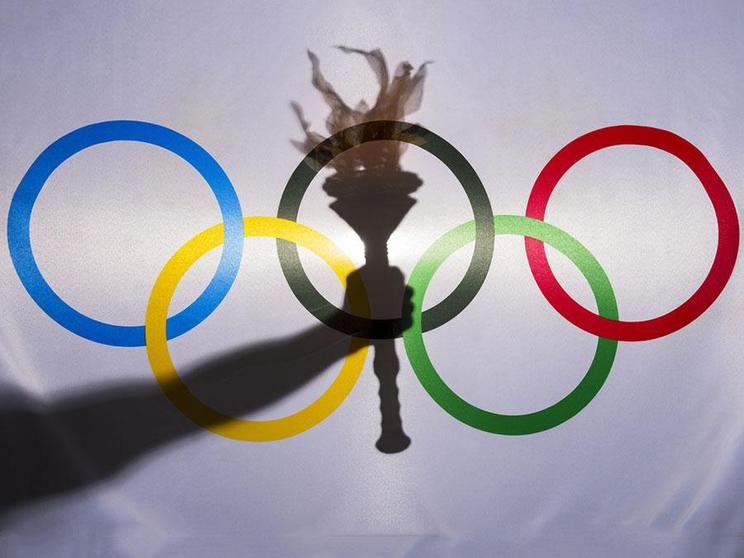 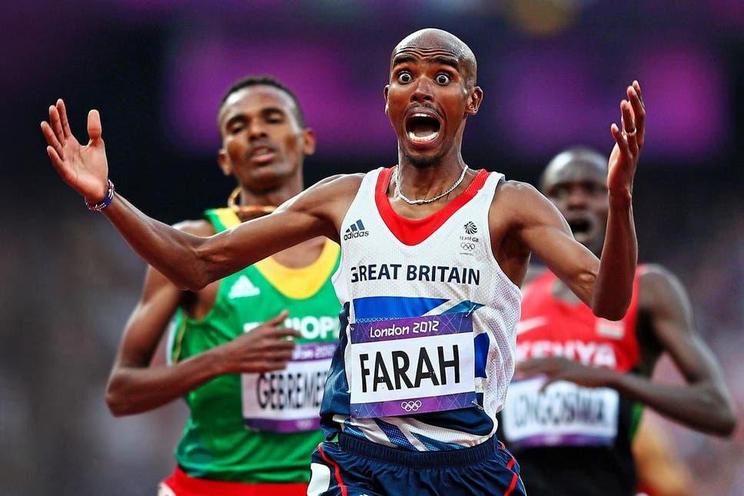 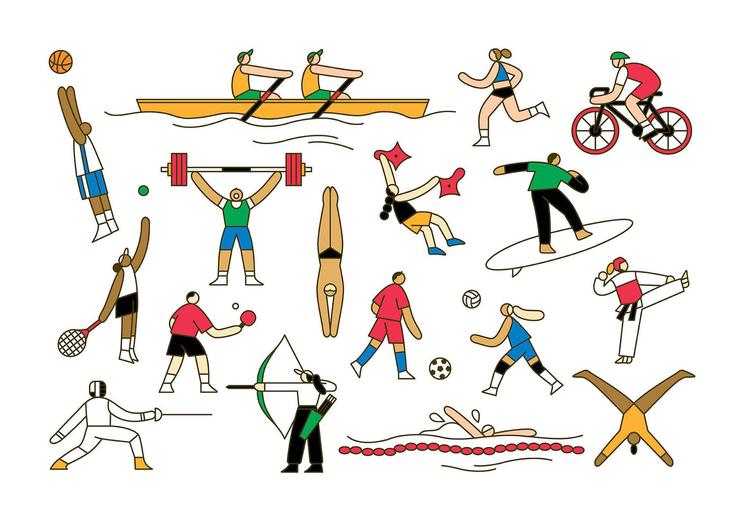 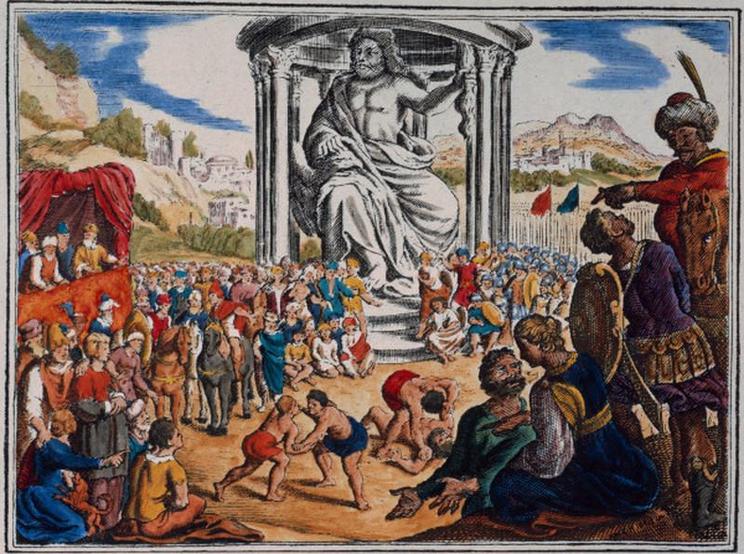 Our final topic of the year is the Olympic Games.  These are to be held in the summer of 2021, in Tokyo- Japan, and is an ideal opportunity to explore its history, its values as well as trying to beat some of the current world records! Each week, we will upload some of the children's work to show you what we have been doing in class. 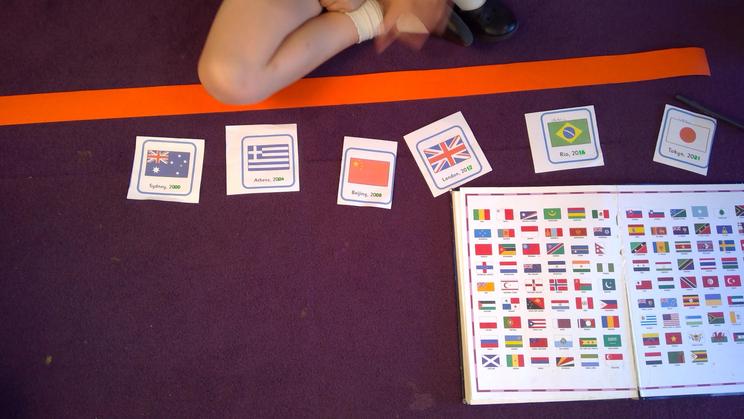 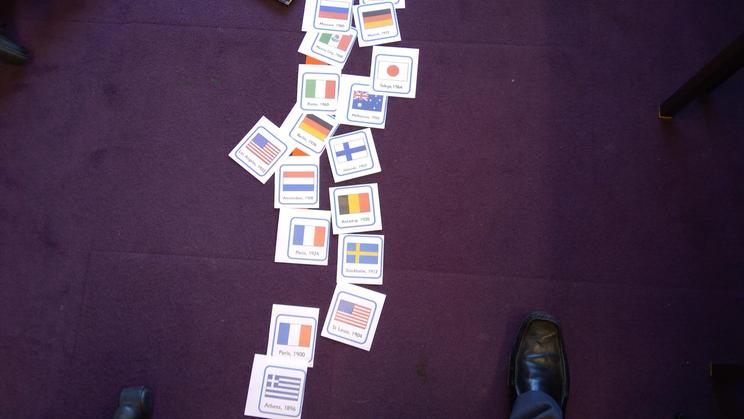 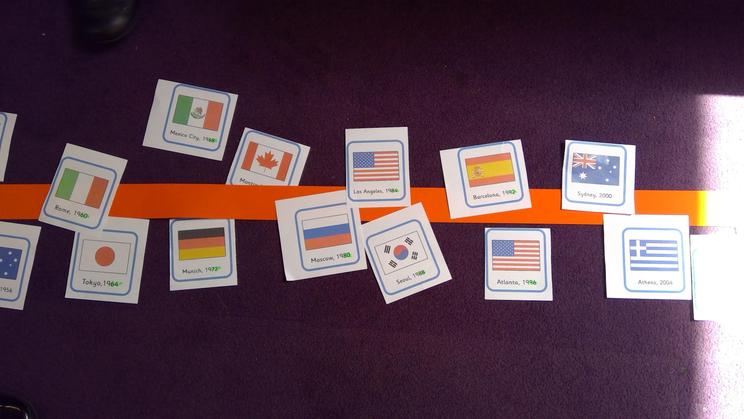 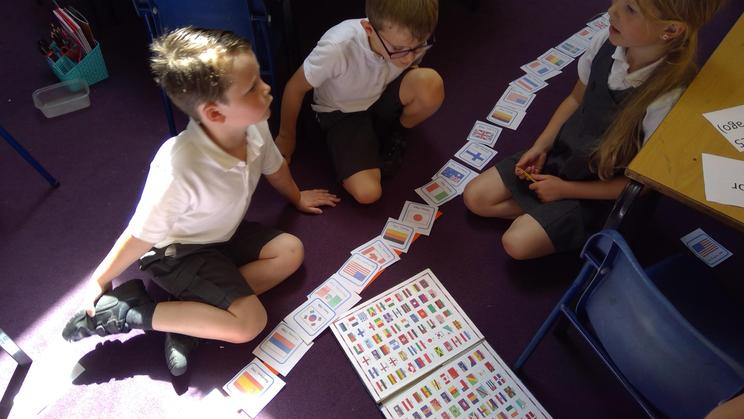 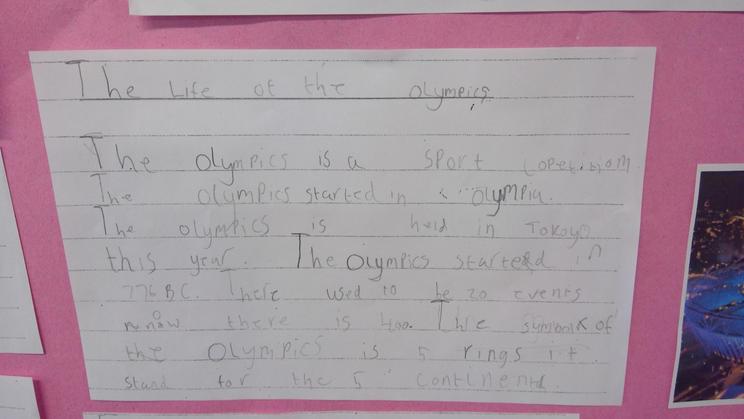 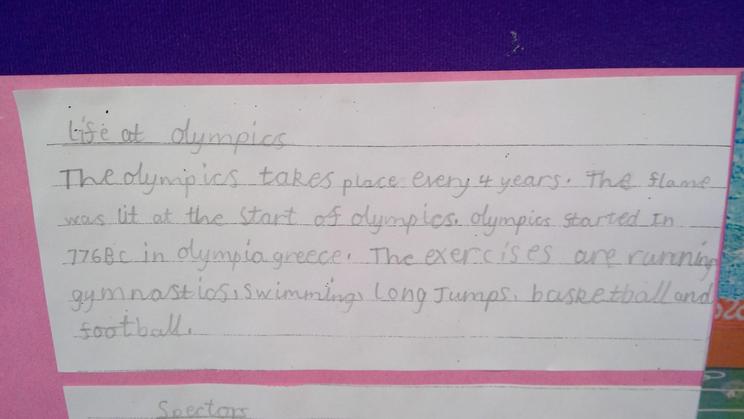 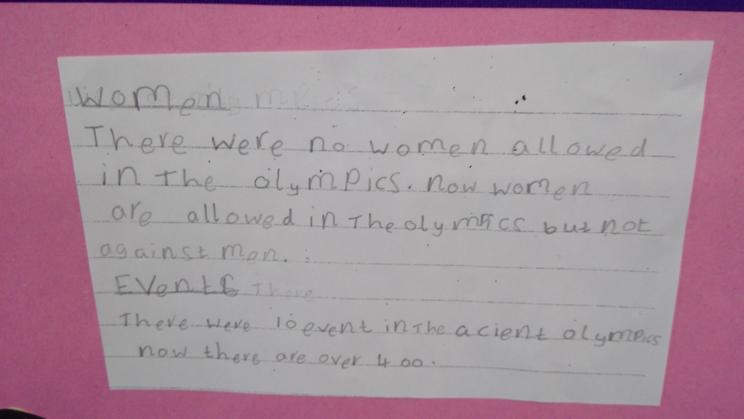 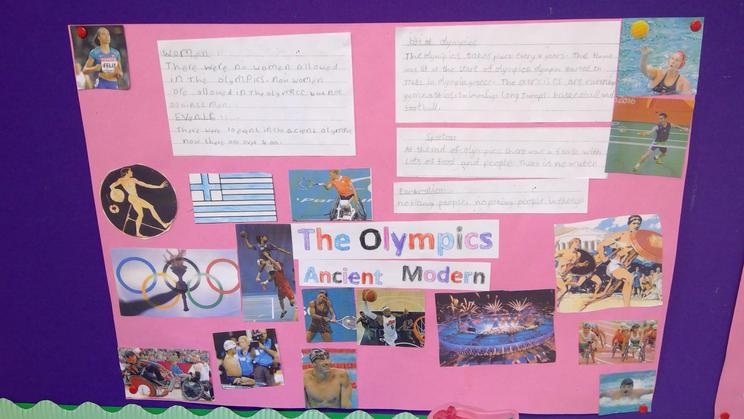 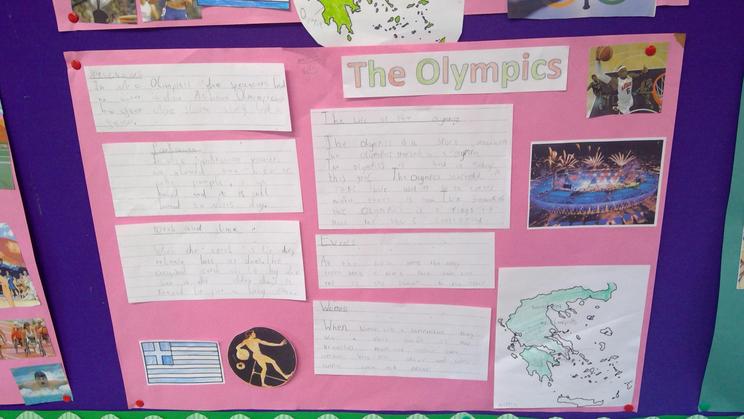 Above you can see images of some of the work the children have been involved in this week. They developed their understanding of chronology, using words like ancient and modern.  We began by placing these words and other ideas (for example 0 BC) that they had heard during this week and last on a timeline.  Following this they created a new timeline of all the modern Olympics and where they were held.  They also enjoyed looking at the flags in the atlas to work out which country it was.

In English the children have written their own non-chronological report about the Olympics.  This ended up being a mixture of the modern and ancient games.  Having looked at the features of the genre, they wrote a number of paragraphs in their books.  After editing, they enjoyed presenting their information in pairs.