As a finale to our science and our topic, the children visited West Midlands Safari Park.  They had a tour around the safari park in the morning, and in the afternoon, had a walking safari through the Ice Age exhibition. There was an opportunity after that to explore the rest of the park and its attractions.

The children in Cedar and Beech took part in an investigation to find out what the effects of blubber are. They planned a fair test and then carried it out.

The children have read the book Ice Bear as well as researching the internet to find out about polar bears. They wrote their own paragraphs and then worked with a partner to present their information (see pictures below). 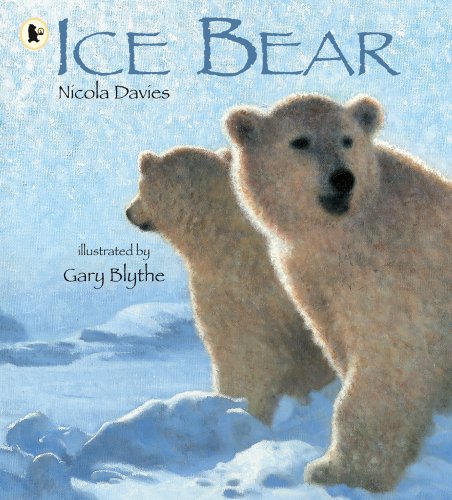 IN RE this half term we have looked at the question, How should we care for others and the world, and why does it matter? We began sequencing the story of creation and then thought about would God be happy with the way we are looking after our world. The children thought about such issues as global warming and how we at kempsey could help to slow this process down. The children then explored who decides what is right and wrong. We watched an animated bible story about the 10 Commandments. Following this, the children put the commandments in order of importance to them.

This week in maths we have been looking at 3d shape. Having reviewed 2d shapes, the children had the opportunity to sort some 3d shapes. They had to think of their own groups. This initiated some great discussion and some wonderful mathematical language. As the week progressed the children identified the number of faces and their names. The pictures below are of the children exploring the term edges. They then explored if a 3d shape always had more edges than faces.

The children wrote a story about kuniqdjuak, a polar bear that had been banished from his village. They thought about where he went and what he would have seen and experienced.

During Science Week, the children were involved in a variety of activities. These linked to our topic, Arctic adventures, and our science topic, Animals Including Humans. The children had to:

Our topic, Arctic Adventures began with the children working together to create a new class display. The children had the opportunity to look at images, share their topic vocabulary and begin to make some decisions about what the Arctic could be like.
The last day of the half term involved the children from Beech and Sycamore hosting a Kempsey Cafe. Each class has a turn at hosting a cafe at some point during the year. Members of the community are invited in to share cake and a drink, plus talk to the children about their learning.

The culmination of our topic, The Great Fire of London, took place in the hall. We invited parents into our museum to look through all the different things the children had been doing. This ranged from: tasting bread the children had made, playing London's Burning on the glockenspiel, looking at their monuments and power points plus reading work in their books. It was a lovely way to end our topic. At the end of the afternoon, the children gave a performance of September 1666. This is a song that the children had been learning that included sign language. Unfortunately the file is too large to download, but do click on the You Tube link to see the original song.

The children have looked at poetry, diary entries and letter writing during the topic.
The children read the first three verses of the poem by Paul Perro. After planning the rest of the verses, they chose an idea and wrote their own verse. Once this had been done, they copied out the first three verses, and their own, plus two more from the class. The main focus was to make sure their poem was in the correct order and told the story accurately.

Poetry Inspired by Paul Perro and The Great Fire of London

A selection of the books that we have read during the topic.

Charlie's dad came into school and talked about his job. He explained how the firefighting job has changed over the years and he made links back to firefighting during the Great Fire of London. He also talked to the children about being safe: having an escape route out of a house and what to do in an emergency. They ended by asking him a variety of interesting questions; many to do with the safety of pets.

The children have been exploring the different textures and tones that can be made using sketching pencils. We have put these skills to good use by completing pictures of either King Charles II or Samuel Pepys, plus drawings of the Great Fire of London monument.

During the first part of the spring term the children in Beech will be working on their gymnastics. This will be a joint venture with Mr Hands and Mr Gadsby. Here are some pictures of the children's first lesson. In the lesson they were exploring travelling on the floor as well as on the mats and benches.

Beech and Cedar classes went into forest school to crack the code. The children had to find the clues hidden in forest school. Each number clue represented a letter. They put these together to create a sentence. It read:

I can see the blaze in the distance. But I do not need to worry because it won't reach my house.

We began 2019 with a visit from Hanaam Kaur. We used this opportunity to celebrate all our differences, whether it is our appearance or our personality. Harnaam talked about her struggles growing up. It was an inspirational morning and a great way to begin the new year.